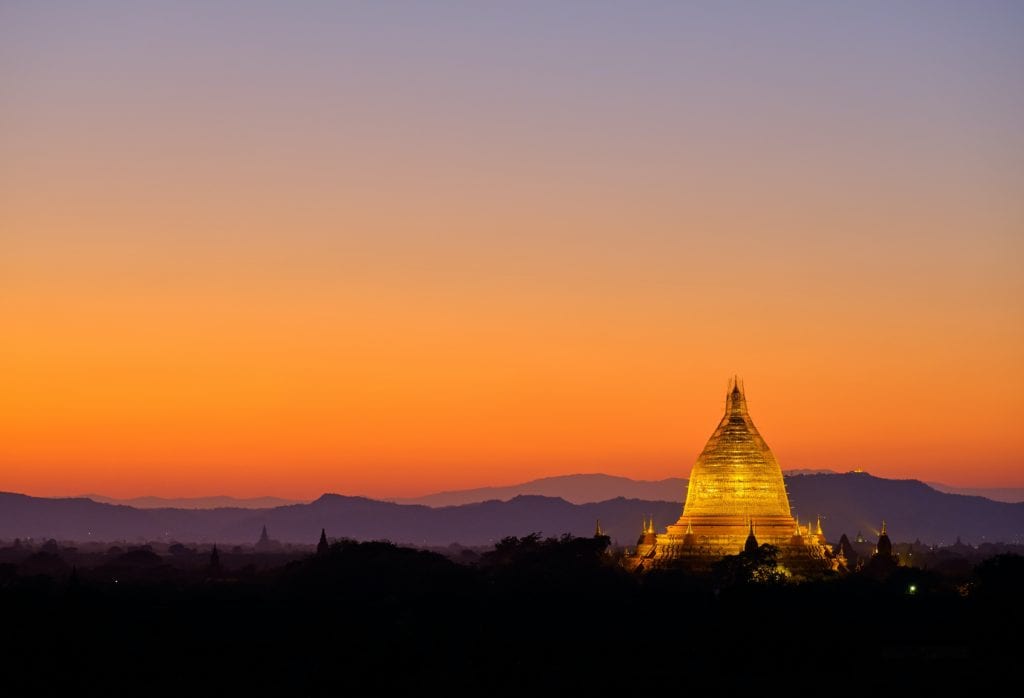 The Ancient and Impressive Temples of Bagan

Bagan, the ancient city of numerous pagodas and temples, was the capital of the Kingdom of Pagan from the 9th to the 13th centuries, when over 10,000 brick temples were built in the city. Over the centuries, most of the temples of Bagan have been destroyed due to natural disasters and time. The remaining 2,300 temples, however, continue to attract the attention of visitors from all around the world.

The ancient temples of Bagan offer visitors once in a lifetime experience showing the county’s rich history and centuries-old traditions. Although it is nearly impossible to visit all the ancient and fascinating temples of the city during your visit, TripLegend is here to help you along this challenging but rewarding journey.

The Shwezigon Pagoda is one of the oldest and most fascinating temples of Bagan. Being among the most renowned Buddhist temples in the city, this historical site will give you a unique glimpse of the centuries-old traditions of Myanmar and its people’s religious devotion.

Because of the temple’s religious significance and rich history, many Burmese pilgrims come from different parts of Myanmar to visit the temple and celebrate a festival that is held during the Burmese month of Nadaw. If you happen to visit the temples of Bagan from November to December, you can witness the festivities of the Burmese and have an unforgettable time in this destination.

Shwesandaw Pagoda, built by King Anawrahta after his conquest of Thaton in the 11th century, has been the perfect spot to take advantage of the golden hour for many years as the temple offers excellent views of the city, especially at sunset.

However, to keep the ancient temple in good shape, climbing its steep stairs to get to the very top of it has been prohibited at the time being. Nevertheless, this enormous monumental site has much to offer with its impressive golden stupa and unforgettable spiritual Burmese atmosphere.

The temple is a fascinating historical site and a must-see in your temple journey to this enchanting destination.

Ananda Phaya Temple has been damaged badly due to the earthquake that took place in 1975. However, with many efforts and restorations, the temple remains in good shape today and continues to be one of the most fascinating temples of Bagan.  The temple, which has an Indian style of architecture, has also been titled the “Westminster Abbey of Burma”.

It is famous for its four 9½ meter tall standing Buddha statues that are adorned with gold leaf. Each of the temple’s golden statues shows four previous Buddhas; Kassapa, Kakusandha, Konagamana, and Gautama, who have reached nirvana.

The Dhammayangyi is one of the largest temples in Bagan. This massive and fascinating temple is about 1600ft east of Shwesandaw. The unfinished temple is a great destination where you will learn more about Burmese culture, the history of Buddhism, and the country’s centuries-old traditions.

The Buddhist temple, which is famous for its pyramid shape, is known to have cost approximately 6 million bricks. Its roof system is significant evidence that shows us how ancient Burmese masterfully designed and built this majestic site.

Immersing yourself in Myanmar’s glittering beauty will require you to respect the country’s culture and traditions first. Since Buddhism heavily influences Myanmar, a conservative dress-code is expected in the temples of Bagan. While entering the pagodas and temples of Bagan, you have to cover up your shoulders and knees. Therefore we would recommend visitors to prefer wearing knee-length shorts or trousers during their visits.

Check out TripLegend’s Myanmar Unlocked trip to get inspired by a country that is filled with glittering golden temples and an astonishing natural landscape. We promise you that your trip to Myanmar will be a lifetime experience that will stay with you at all times.

Subscribe to our newsletter to be the first to know about new destinations & hand-picked offers.